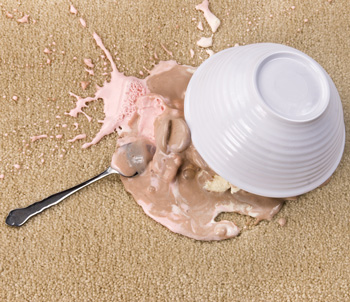 Removal of odors will depend upon what is producing them and under what conditions they are treated.

Odors are most commonly caused by spills. Spilled materials produces an odor, or the odor develops from bacteria which is producing decay on the spillage. If the spilled material has not penetrated deeply in the fiber and thorough washing methods can be used, complete removal can usually be expected. The deeper the material penetrates into the fiber and the longer it remains, the more difficult it will be to remove completely. When limited amounts of cleaning solution must be used, only a small proportion of the odor may be eliminated. It is most difficult to satisfactorily remove odor producing stains from the backing of wall to wall carpeting and upholstered furniture.

Odors produced from materials such as animal waste are virtually impossible to elimate
completely. Often the most practical solution is to replace the affected part of the carpet and underpad or cushion with a new piece. In severe cases the plywood subfloor may also need to be cleaned or deodorized and then sealed. Some odors, such as those produced by mildew, although removed, will recur with new mildew growth.

Natural fibers, dyes, finishing agents, foam or latex backing compounds may also have odors. If one is present in a new textile, a good airing should dispel it. It may, however, take from days to a few weeks for the new odor to disappear. On an older fabric, the most satisfactory solution is to attempt to replace the disagreeable odor with a more pleasant one.

Pure Floor Care has effective deodorizers, special deodorizing equipment and freshening fragrances to reduce or to eliminate unpleasant odors from many sources. These include prior spillage; animal pet stains; and mold, mildew, or musty conditions. 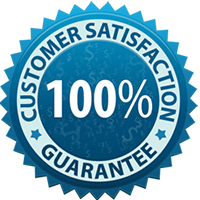